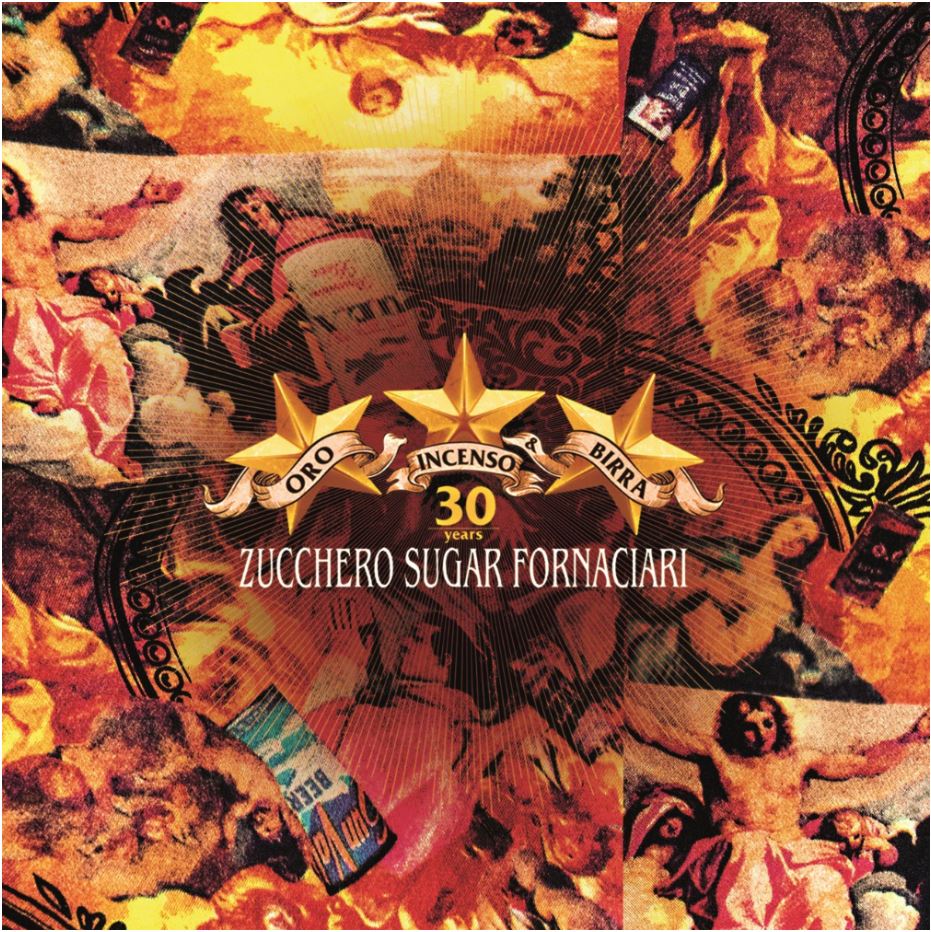 IT’S TIME TO CONQUER THE FUTURE!

With 8 million copies sold, it was the best selling Italian album world wide.
It won over both the general public and the critics, both in Italy and abroad, and this is why it remains in the Rolling Stone chart for the 100 best Italian albums of all time.

On the occasion of the 30th anniversary of its release, from Friday 14th June a special 30th anniversary edition of “Oro Incenso & Birra“, Zucchero “Sugar” Fornaciari’s fifth album, will be available. Originally released in 1989, it has taken its rightful place in the history of Italian and international music, smashing all the sales records of the time, and is still now one of the best selling records EVER!

To celebrate the anniversary of this record-breaking album,“Oro Incenso & Birra 30th Anniversary” will be available in three versions: remastered 180g LP, 3 remastered CDs and a limited and numbered Super Deluxe Edition with 3CDs, an LP and DVD, featuring an interview with Zucchero,,  archive images, videos for the songs from the album and a photographic book with aphorisms and the story of the album told by Zucchero himself.

The 3 CD version, which is also part of the Super Deluxe Edition, is composed of:

1) CD 1: dedicated to the original album and containing exclusively the songs which became hit singles;

2) CD 2: the UK version of the album, which was released internationally, featuring prestigious duets such as Wonderful World with Eric Clapton and Senza Una Donna (Without A Woman) with Paul Young. The CD has been remastered.

3) CD 3: a collection of previously unreleased demos featuring embryonic versions of seven of the songs which were on the album’s original track list (9 songs in total). The seven demos were sung by Zucchero in an English which he himself describes as “macaronic”, with the aim of merely giving form to the vocal melody. A testimony, at times filled with humour, which has remained hidden up to now and which today Zucchero affectionately gives to his fans to mark this important anniversary.

Released on June 13th 1989, “Oro Incenso & Birra” firmly established Zucchero as one of the giants of Italian music, also making him a star on an international scale.

Such success even impressed the British press which, after Zucchero had opened twelve shows for Eric Clapton at the Royal Albert Hall in London, wrote “Clapton is the one you all know and love, but I advise you to listen to this mad Italian hatter with a leather voice” .

And the artist’s “leather voice” tells us this about Oro Incenso & Birra“:

“For me, the album represented a considerable challenge because my previous record was “Blue’s”, which had been very successful, it had broken sales records as well as meeting with the approval of the critics and the general public. I had started to do stadium shows. So how do you follow up such great success with another album less than two years later? To be honest I didn’t really think about it, I wasn’t stressed and I didn’t feel anxious about it. I preferred action over thought, and that’s because I had accumulated a lot of experience as I’d worked my way up, in various bands, and I had worked through a lot of musical styles”.

This combination of styles and influences gave rise to a track list which had been conceived and scripted like a film, a kind of personal concept album, a diary in equilibrium between the influences of American blues and childhood memories in the countryside of Emilia.

“Oro Incenso & Birra“, released in 1989, was produced by Corrado Rustici and recorded at  Peter Gabriel‘s Real World Studios in England, the Ardent Studios in Memphis, the Power Station in New York and the UMBI Studios in Italy, with the collaboration of legendary musicians such as Eric Clapton, Rufus Thomas, Jimmy Smith, Clarence Clemons and David Sancious. It came off the back of the great success of his previous album, “Blue’s“, released two years earlier, and it established Zucchero as an international artist thanks to a selection of high-impact hits, including Overdose (d’amore), Diavolo in me, Nice (Nietzsche) che dice, Il mare (impetuoso al tramonto salì sulla luna e dietro una tendina di stelle…), and moments of great intensity such as Madre dolcissima, Diamante, with lyrics written by Francesco De Gregori, and the closing track Libera l’amore, with music by the great M° Ennio Morricone.