On the occasion of the 50th EARTH DAY  ZUCCHERO “SUGAR” FORNACIARI performs live from the COLOSSEUM the moving, previously unreleased, “Canta la vita” adapted from “Let Your Love Be Known” by BONO VOX 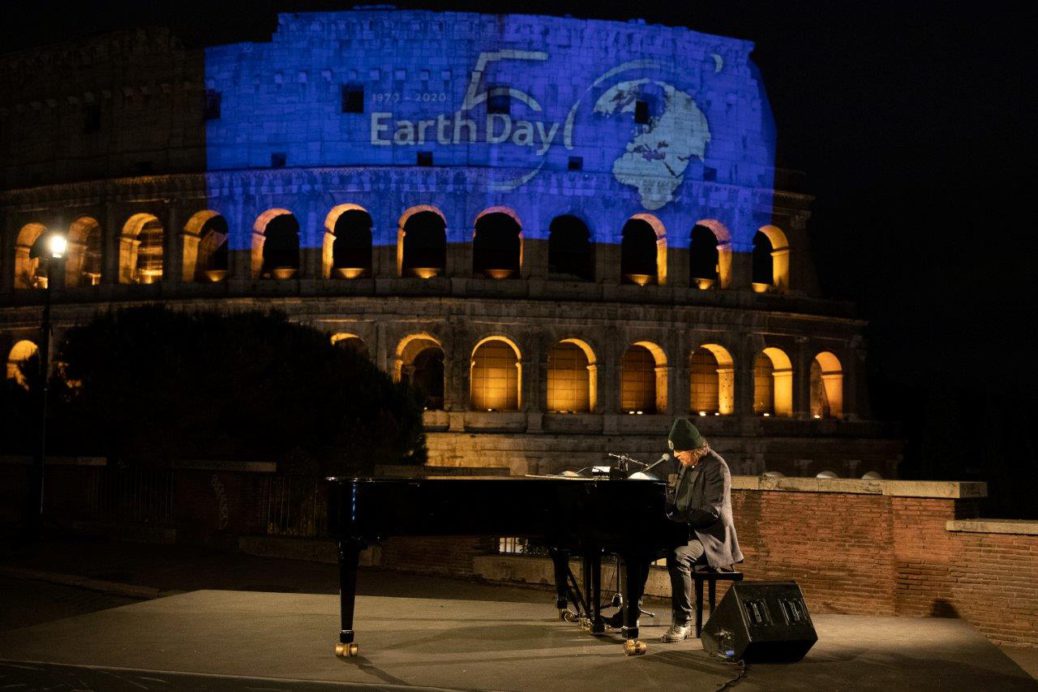 On the occasion of the 50th EARTH DAY  ZUCCHERO “SUGAR” FORNACIARI performs live from the COLOSSEUM the moving, previously unreleased, “Canta la vita” adapted from “Let Your Love Be Known” by BONO VOX

Tonight, Wednesday April 22nd, on the occasion of the 50th anniversary of Earth Day, ZUCCHERO “SUGAR” FORNACIARI performed for the first time ever the moving and previously unreleased song “CANTA LA VITA” in a deserted Piazza Colosseo in Roma, adapted from Bono Vox’s “Let Your Love Be Known”, with the Italian lyrics written by Zucchero himself.

“CANTA LA VITA” is yet further confirmation  of the artistic solidarity that has bonded Zucchero and Bono for a number of years now. In a period as complex as the one which we are all currently experiencing, this song is a positive message of hope and comfort for everyone. An ode to life. A unique performance in which, during the final section, the voices of both artists merge and unite to launch a worldwide message of union.

«This song was born during the early stages of the emergency”, explains ZUCCHERO, “When I heard from Bono, we were both very shaken by the graveness of the situation affecting northern Italy. But what really struck us was the reaction of the people, seeing and hearing them singing on the balconies. So we said that we should do something to highlight that singing is a great form of resistance. In a tragedy such as the one we are experiencing now, singing can bring us closer together, we can react together, all over the world. Music travels through walls and reduces distances».

Zucchero’s performance will go on air during the multimedia marathon #OnePeopleOnePlanet, which will be shown on the streaming channel Rai Play, with 12 hours of live broadcasting (from 8 am to 8 pm). As well as Rai Play and numerous programmes on Rai1, Rai2, Rai3, Rai News and Rai Ragazzi, this media relay will also feature contributions by Vatican Media, ANSA, TV2000, Radio Italia, NSL Crossmedial Studios, Rinnovabili.it and Lifegate.

«Italy – explains Pierluigi Sassi, president of Earth Day Italia –  has been called upon to open the worldwide celebrations with a dedication to Pope Francesco, who has done so much to raise awareness of climate change. After the universal plea for forgiveness offered to the world from a completely empty St. Peter’s Square, we thought that beginning a song with an extraordinary artist such as Zucchero, in front of a Colosseum bathed in blue light in an equally deserted eternal city, was the best way to say thank you to the Pope and to welcome his powerful message of hope. I can’t think of a better way to celebrate the 50th Earth Day.”

Zucchero’s performance was made possible thanks to the precious collaboration of Gaia Saltalamacchia, president of the MagArt cultural association,  Giulia Morello, artistic director of Earth Day Italia, and the ACEA Group.

The Italian marathon is part of a global media extravaganza entitled #Earthrise, which involves all the 193 member states of the United Nations and includes a number of interventions, discussions, presentations, performances and campaigns. #OnePeopleOnePlanet aims to reflect the spirit of the Village for the Earth, whose themes are picked up and highlighted by the media marathon: environmental education, the safeguarding of nature and sustainable development, solidarity and participation. There will be many video contributions broadcast live and on demand on the  www.onepeopleoneplanet.it platform. Exciting and moving moments in which viewers will be able to participate by interacting with the web platform and social media and using the Earth Day hashtags: #OnePeopleOnePlanet, #CosaHoImparato, #EarthDay2020, #iocitengo, #VillaggioperlaTerra, #focolaremedia.