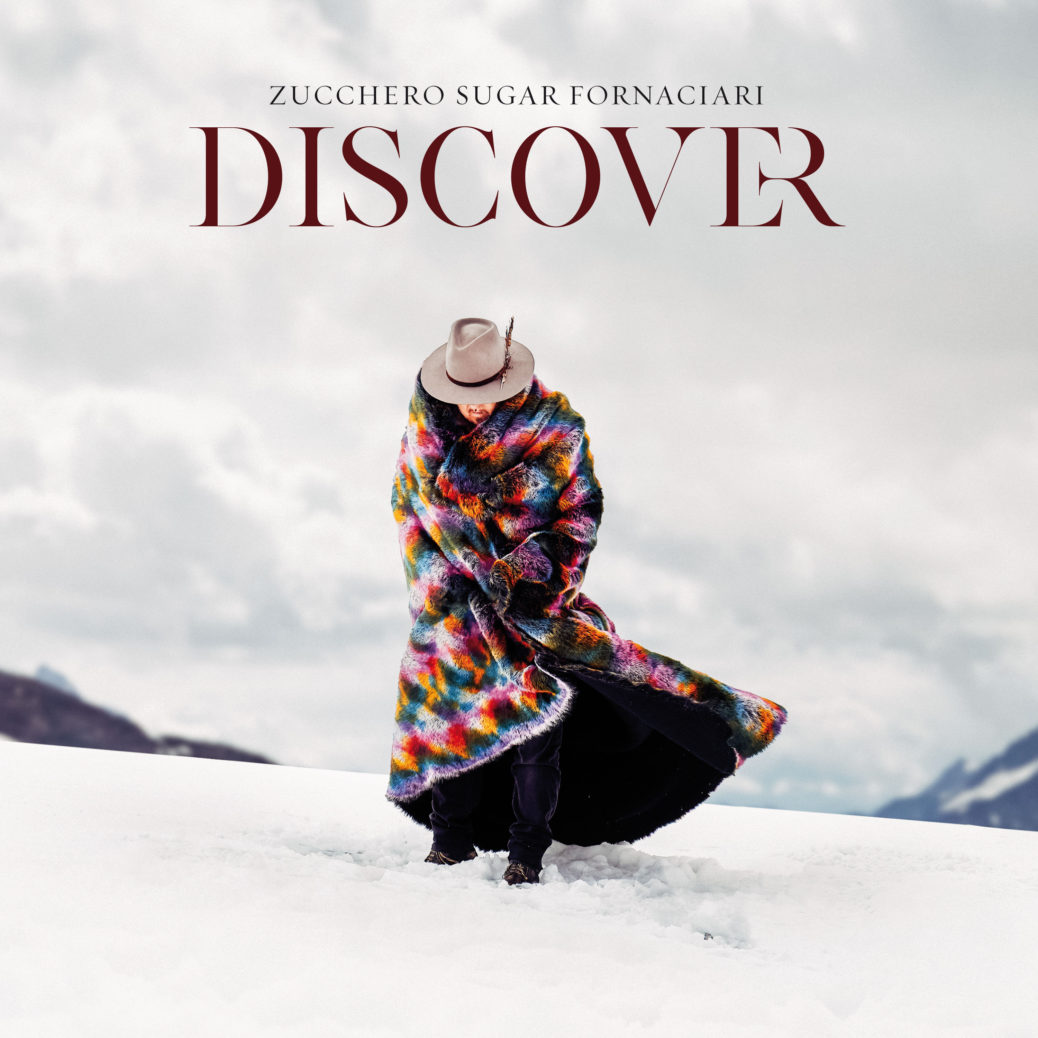 The first COVERS project of his career
with special contributions from BONO, ELISA and MAHMOOD
and a first ever virtual duet with FABRIZIO DE ANDRÉ

Available from today “DISCOVER”, the first covers album of ZUCCHERO “SUGAR” FORNACIARI’s career. The first song to be released for radio airplay will be “Follow You Follow Me”, a captivating version of one of Genesis’ first ever worldwide hits.

Consisting of previously unreleased cover versions, the release of “DISCOVER” comes two years after Zucchero’s last studio album, “D.O.C.”. The record sees the singer strip down and rearrange a selection of iconic songs from the Italian and international music scene in his own inimitable style, drawing on his two main musical influences: the finest Italian melodic traditions and the deepest Afro-American roots.

There are exquisite collaborations with BONO in “Canta la Vita”, ELISA in “Luce (Tramonti a Nord Est)”, and MAHMOOD in “Natural Blues”, a new take on Moby’s version of Vera Hall’s “Trouble So hard”. The album also features an intense and emotional version of “Ho Visto Nina Volare”, in which Zucchero engages in a virtual duet with FABRIZIO DE ANDRÉ.

“I’m really honoured to be part of Adelmo’s new project”, explains Elisa. “I will always be grateful to him. I first met him when, at the age of 19, I opened one of his stadium shows. Everything was so huge, and it was quite a surreal experience, but he made a wonderful impression on me. He just seemed like one of the gang, almost like an older brother. I met him again a few years later when I went to his home, and there was a magical atmosphere. He wrote the bridge for “Luce”, the song I took to Sanremo and won with. From that moment on a lot of things changed for me. We have met again on stage many times and I’m really happy that he chose “Luce” for this new project. I hope you’ll love it as much as I did”.

“I’m extremely honoured to have covered such a famous and iconic blues song together with one of the artists who gave me the chance to grow”, declares Mahmood. “It was a dream to be part of his new project”.