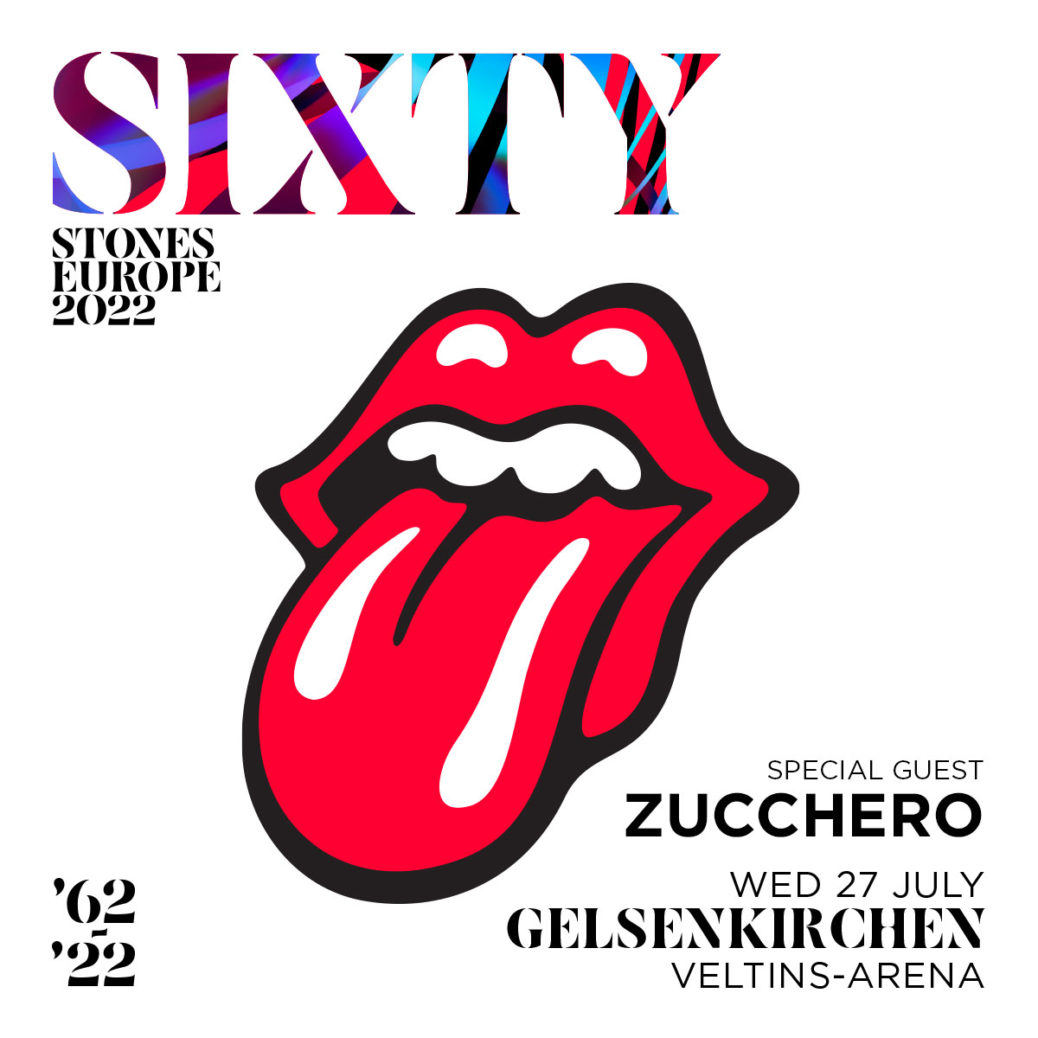 Zucchero and the Rolling Stones, the story continues! Indeed, for the second time in his career, Zucchero has been asked to open a show for the legendary British rockers, this time on their “Sixty” tour on July 27th at the Veltins-Arena in GELSENKIRCHEN (Germany).

«I am honoured and grateful to the Stones for having chosen me a second time as a “gladiator” to open one of their shows, this time in Gelsenkirchen – Zucchero explains – It’s another important step on my journey. Another great story to tell my grandchildren. Long live the Stones!».

Meanwhile, ZUCCHERO “SUGAR” FORNACIARI’s “World Wild Tour” continues to go from strength to strength. In July, the tour will arrive in several major European cities and will even return to Italy. With more than two hours of music and a constantly changing set, Zucchero makes every show a unique and unforgettable experience, revisiting some of his greatest hits as well as playing songs from his more recent albums including “Discover” and “D.O.C.”. He is joined on stage by an exceptionally talented super group.

With a continuously evolving set packed with highlights, Zucchero takes his audience on a journey through his entire career, including his more recent songs as well as the energy and verve of the hits that have helped compose the history of Italian music. A wonderful stage design provides the perfect backdrop to such a fantastic show: a gigantic sun, signalling rebirth, whose interior features a selection of images representing the length and breadth of Zucchero’s entire musical journey.

Zucchero is accompanied on stage during the “World Wild Tour” by an international super group composed of:

After two years of restrictions due to the Covid-19 pandemic, the “World Wild Tour” kicked off in Glasgow (UK) on April 18th, before selling out two shows at the Royal Albert Hall in London.  The 14 concerts held in Italy, at the Verona Arena, attracted more than 150,000 people from Italy and further afield.

The tour will see Zucchero performing throughout the world until October.